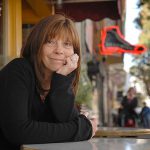 Cara Black is the New York Times, USA Today and national bestselling author of 19 books in the Private Investigator Aimée Leduc series, which is set in Paris. Cara has received the Médaille de la Ville de Paris—the Paris City Medal, which is awarded in recognition of contribution to international culture. Her latest book and first ever standalone thriller, Three Hours in Paris, is a finalist for the Dashiell Hammett prize, a Washington Post Best Thriller pick and Seattle Times mystery choice along with the American Independent Bookseller Indie Next Pick. 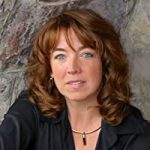 M.E. Browning served twenty-two years in law enforcement before turning to a life of crime fiction. Writing as Micki Browning, she penned the Agatha-nominated and award-winning Mer Cavallo mysteries, and her short stories and nonfiction have appeared in anthologies, diving and mystery magazines, and textbooks. As M.E. Browning, she was recognized by both the Florida and Colorado Book Awards for her Jo Wyatt Mysteries. Shadow Ridge was the winner of the 2021 Colorado Book Award for mystery by the  Colorado Humanities & Center for the Book. A former academy instructor, training officer, public information officer, and current writing workshop leader, she’s never once had to resort to her experience as a hostage negotiator while teaching. 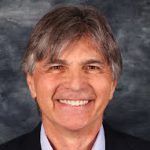 M.J. Carlson is a fiction author and activist. His futuristic suspense stories have received an honorable mentions in 2016, 2014, 2013 and 2012 Writers of the Future science fiction contest, The Florida Writers Association RPLA contest, and the New England Science Fiction Writers contest. He’s authored articles in The Florida Writer and other publications. He currently has four independently published novels; Engines of Destruction, Disinhibition, Indigo Man, and Changed and two non-fiction titles; Hurting Your Characters – a writer’s guide to describing injuries and pain from the character’s point of view, and The Unofficial Scrivener Workbook in print. 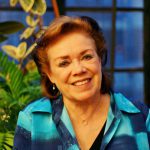 Jane K. Cleland writes both fiction and nonfiction, including the multiple award-winning Josie Prescott Antiques Mysteries [St. Martin’s & Alfred Hitchcock Mystery Magazine] and the Agatha-award winning bestsellers, Mastering Suspense, Structure & Plot and Mastering Plot Twists [Writer’s Digest Books]. Jane Austen’s Lost Letters, the 14th in her series, will be published in December. She is a member of the fulltime faculty at Lehman College, a contributing editor for Writer’s Digest Magazine, and the chair of the Wolfe Pack’s Black Orchid Novella Award (BONA) in partnership with AHMM. She is a frequent workshop leader and guest author at writing conferences and MFA Residencies. www.janecleland.com 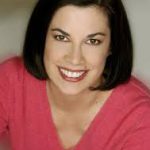 Nancy J. Cohen writes the Bad Hair Day Mysteries featuring South Florida hairstylist Marla Vail. Titles in this series have made the IMBA bestseller list, been selected by Suspense Magazine as best cozy mystery, won a Readers’ Favorite Gold Medal, and earned third place in the Arizona Literary Awards. Nancy’s repertoire includes over twenty mystery and romance novels, two novellas, and the instructional guide, Writing the Cozy Mystery. She is both traditionally published and self-published in fiction and non-fiction. NancyJCohen.com 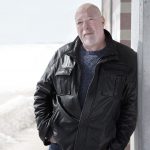 Called a hard-boiled poet by NPR’s Maureen Corrigan and the noir poet laureate in the Huffington Post, Reed Farrel Coleman is the NY Times Bestselling author of thirty-one novels including six in Robert B. Parker’s Jesse Stone series. His is a four-time recipient of the Shamus Award for Best Private Eye Novel of the Year and a four-time Edgar Award nominee in three different categories. He has also won the Audie, Macavity, and Barry Awards. Reed, a former Executive Vice President of MWA, was an adjunct instructor at Hofstra University and a founding member of MWA University. He lives on Long Island with his family.

John Dufresne has written two story collections and six novels, including Louisiana Power & Light, Love Warps the Mind a Little, both New York Times Notable Books of the Year. He’s also written four books on writing, including most recently Storyville: An Illustrated Guide to writing Fiction, two plays, Liv & Di and Trailerville and has co-written two feature films. His stories have twice been named Best American Mystery Stories. He is a Guggenheim Fellow and teaches creative writing at FIU in Miami. 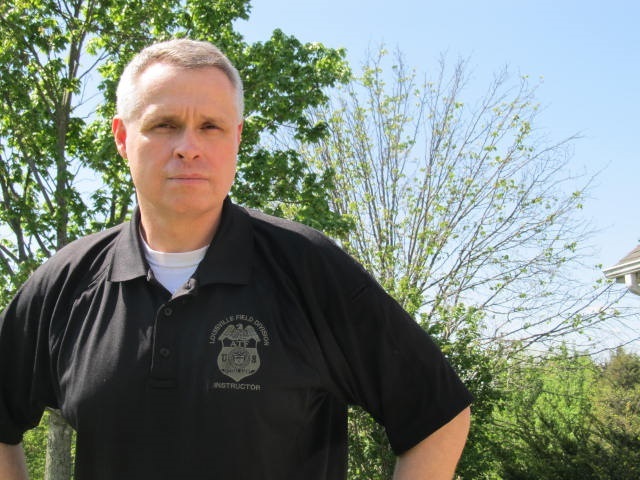 Rick McMahan worked over a quarter of a century as a federal investigator before retiring as a Senior Special Agent with the Bureau of Alcohol, Tobacco, Firearms and Explosives (ATF). Rick’s law enforcement career started as an investigator for the Air Force Office of Special Investigations. In 1998, he became an ATF Special Agent. Over nineteen years, he worked a wide range of investigations targetting drug trafficking organizations, firearms trafficking rings and violent offenders. Some of his unusual cases include an interstate murder for hire and a serial bomber. For over a year and a half, Rick was the handling agent for an ATF agent who was infiltrating an outlaw motorcycle gang. After retiring, Rick has been an Instructor at Kentucky’s Department of Criminal Justice Training (police academy). At DOCJT, Rick has worked as a Firearms Instructor and currently teaches in the Investigative Techniques section. In his spare time, Rick enjoys writing. Over the years, he has had stories published in various publications including Mystery Writers of America Anthologies (DEATH DO US PART and VENGEANCE) as well as most recently a story included in The Best American Mysteries 2020 anthology edited by Otto Penzler/CJ Box. 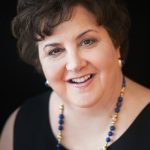 Judge Debra H. Goldstein writes Kensington’s Sarah Blair mystery series (One Taste Too Many, Two Bites Too Many, Three Treats Too Many). She also wrote Should Have Played Poker and IPPY winning Maze in Blue. Her short stories, including Anthony and Agatha nominated The Night They Burned Ms. Dixie’s Place and Derringer Finalist Pig Lickin’ Good, have appeared in numerous publications. Debra serves on the national boards of SinC and MWA and is president of SEMWA. 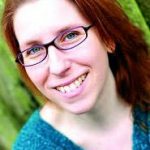 Janice Hardy is the award-winning author and founder of Fiction University (www.Fiction-University.com), where she helps writers improve their craft and navigate the crazy world of publishing. She teaches writing workshops across the country, and her blog has been recognized as a Top Writing Blog by Writer’s Digest. When she’s not writing about writing, she spins tales of adventure for both teens and adults, and firmly believes that doing terrible things to her characters makes them more interesting. She loves talking with writers and readers, and encourages questions of all types—even the weird ones. 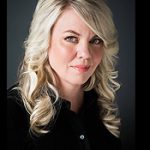 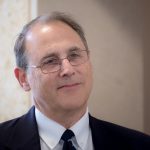 Eliot Kleinberg has been a reporter for four decades and is the author of 10 books. He’s had the misfortune of viewing a lifetime of bad writing, sometimes, sadly, his own, and has seen it all. He’s helped young reporters and was on a team that created the writing bible for The Palm Beach Post. He can help you clean up your story of all those groaners so your good writing shines through. 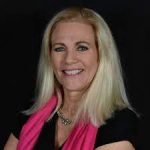 Victoria Landis is an author, editor, and artist. A 16-year member, and former board member, of Mystery Writers of America, she Co-Chaired the SleuthFest Writers’ Conference from 2015-2018. She’s taught writing craft and cover design at the Alvin Sherman Library at Nova Southeastern University, the Authors’ Academy at Murder on the Beach in Delray Beach, FL, and at SleuthFest. 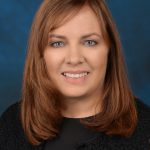 Alison McMahan is the author of The Films of Tim Burton: Animating Live Action in Hollywood (Bloomsbury 2005) and Alice Guy Blaché, Lost Visionary of the Cinema (Bloomsbury 2002), which was translated into Spanish and adapted into the documentary Be Natural (2018). She’s written the YA historical mystery, The Saffron Crocus (Black Opal, 2014, winner of the Rosemary for Best YA Historical and the Florida Writers Association’s Royal Palm Literary Award). She is a two-time Derringer Award nominee. Her Short mysteries have been published in anthologies by Wildside Press, LevelBest Books, Untreed Reads, Down & Out Books, and Harper Collins. 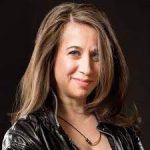 Jenny Milchman’s fiction has won the Mary Higgins Clark and Silver Falchion awards, been nominated for PEN/Faulkner, Macavity and Anthony awards, earned starred reviews from Publishers Weekly, Library Journal and Booklist, received praise from the New York Times, New York Journal of Books, San Francisco Review of Books, among many other publications, been featured as POPSUGAR and Pure Wow Picks, included on Strand Magazine and Suspense Magazine’s Best Of lists, and chosen four times for the Indie Next list. Jenny is the co-chair of International Thriller Writers’ Debut Program and a member of the Sisters in Crime Speakers Bureau. She speaks nationally on the importance of the face-to-face in a virtual world and never giving up on your dream.

International bestselling author Brad Parks is the only writer to have won the Shamus, Nero, and Lefty Awards, three of crime fiction’s most prestigious prizes. Yet when Murder on the Beach asked him for a bio emphasizing his “qualifications to teach,” he was quite stumped. So you probably should listen to him with cynicism. He’s a full-time fiction writer. The only thing he’s qualified to do is lie to you. 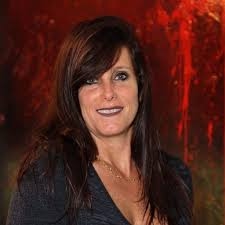 Sharon L. Plotkin is a native Floridian with 21 years of crime scene experience in Miami. She is a certified crime scene investigator and a published author. She teaches at colleges throughout the country as well as to law enforcement and crime scene personnel in Asia and the Caribbean islands. 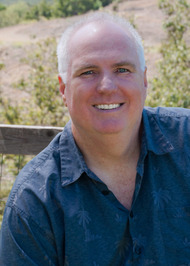 During his career in law enforcement, best-selling author David Putnam did it all: worked in narcotics, violent crimes, criminal intelligence, hostage rescue, SWAT, and internal affairs, to name a few. He now writes full-time and enjoys sharing his knowledge via writing workshops and one-on-one consultations. David’s critically acclaimed “Bruno Johnson” series has kept fans entertained and surprised through many fast-paced thrillers. The ninth, THE SINISTER, will be released in February 2022. New York Times best-selling author, William Kent Krueger, describes Putnam as: “a master of the gritty realism of law and order at street level.” Visit: www.DavidPutnamBooks.com 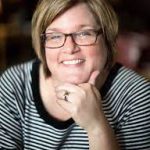 Lori Rader-Day is the Edgar Award-nominated author of The Lucky One, Under a Dark Sky, and the forthcoming Death at Greenway. She teaches at Northwestern University and has previously taught at Yale University, Antioch Writers’ Workshop, Midwest Writers Workshop, and for Sisters in Crime chapters across the country. She lives in Chicago. 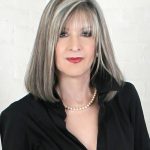 Hank Phillippi Ryan is the USA Today bestselling author of 13 thrillers, winning the most prestigious awards in the genre: five Agathas, four Anthonys, and the coveted Mary Higgins Clark Award. She is also the on-air investigative reporter for Boston’s WHDH-TV, with 37 EMMYs and dozens more journalism honors. Book critics call her “a master of suspense.” Hank’s 2019 book, THE MURDER LIST, won the Anthony Award for Best Novel of the year. Here 2020 thriller is THE FIRST TO LIE, nominated for the Anthony Award for Best Novel and the Mary Higgins Clark Award. Watch for HER PERFECT LIFE in September. 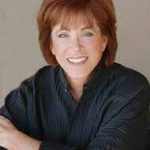 An eclectic writer, former journalist Susan Sussman writes for adults and children, fiction and non-fiction. Pocket Books selected her novel THE DIETER as their first hardcover. She won an EMMY for her film adaptation of her book THERE’S NO SUCH THING AS A  CHANUKKAH BUSH, SANDY GOLDSTEIN. Sussman’s  27th book, The Beekeeper Mystery (Whitman), will be published in October. The production of her one-act musical Mario Lanza: The Voice of a Century is waiting in the wings for London theaters to reopen, and she is currently completing an adult mystery set in Miami. She taught writing at FIU’s OLLI program. 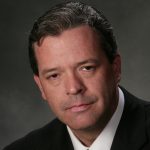 Charles Todd is the 2017 Mary Higgins Clark award winner and author of the New York Times Bestselling Inspector Ian Rutledge Series (A Fatal Lie, Morrow, Feb. 2021,) and the Bess Crawford Series (An Irish Hostage, Morrow, July  2021), as well as two stand-alone titles and numerous short stories in many magazines and anthologies. He has been Guest of Honor at Malice and is an Agatha, Macavity and Barry award winner.  Charles lives on the East Coast. www.charlestodd.com 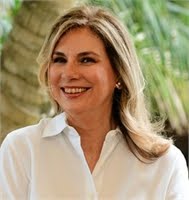 Bestselling novelist Elaine Viets has written 33 mysteries in four series. With Brain Storm, her first Angela Richman Death Investigator mystery, she returns to her hardboiled roots. Elaine passed the MedicoLegal Death Investigators Course for forensic professionals for this series. A Star Is Dead, the fourth book in the series was just published. Award-winning author Reed Farrel Coleman says, “In Brain Storm, Viets takes a dangerous turn down a dark alley but manages it with panache and a touch of humor.”  Elaine won the Anthony, Agatha, and Lefty Awards. 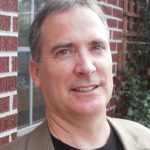